As some of you may remember, T-Hubs and I welcomed a new member of the family not too long ago. It’s hard to believe it’s been six months already since we adopted Neko. He was so tiny then — small enough to hold in one hand — and now, well, it’s hard to hold him at all! 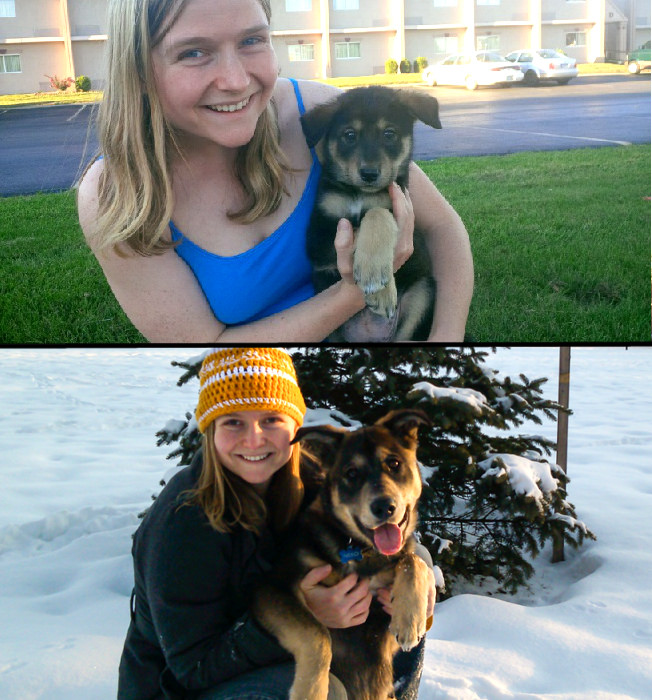 It’s been an immense joy to watch him grow and mature. He’s learned a lot in those six months, from being housebroken, to walking off-leash, to conquering his fear of the vacuum cleaner… despite all the changes, though, he is still very much the same pup he used to be.

My favorite part of seeing him get so big is realizing all the ways he has stayed the same. I couldn’t help but notice how many photos I have of him, from when he was little to now, where he is doing the exact same things he’s always done.

For example, his favorite sleeping position:

Or the way he likes to snuggle:

Or how he pounces when he wants to play:

These things haven’t changed a bit. When we first brought him home, I remember wondering what his personality would be like — when would we know what kind of dog he would be? As it turns out, his personality was all there, right from the very beginning.

Hanging out with his best bud, Cody

Sound asleep on the passenger seat of my car

Speaking of things changing but also staying the same, you may have noticed there have been some changes happening around here, as well. Little Neko isn’t the only one moving up in the world… so am I!

Over the past week I’ve been working on moving my blog over to WordPress, with the help of the incredibly talented Sarah Kimmel (because let’s be honest, when I say “I’ve been working on moving my blog to WordPress”, what I really mean is, “I’ve been quivering in my boots trying to figure this whole interwebs thing out”). If you’ve noticed a lack of recent blog posts, that would be due to the quivering in my boots part. It took me almost two years of blogging to be comfortable in the space I was in, and packing all that up and moving felt like such a daunting task. At the same time as being scary, though, it was also incredibly exciting — this change has been a long time coming, and Sarah has been holding my hand through all of it to make the process as painless as possible.

No longer fitting on the center counsel (but trying to)

So why the shift? Well, I guess the best way of putting is, I simply outgrew where I was. Much like Neko, who no longer fits in the places he used to fit, I needed to find a space where there was room for me to keep growing.

I’ll still be sharing all my best recipes and cooking tips just as soon as I get settled in, here, so don’t worry. Everything should be smoothed out soon enough. In the meantime, all I have are adorable puppy photos… I hope you’ll forgive me.

The day after we adopted him / today

If you want to see more of Neko’s baby pictures, you can check out this post from when we first got him. I’m warning you now, though, the cuteness might be too much to handle. Click at your own risk. 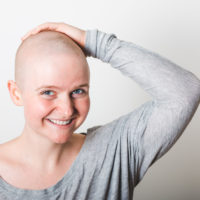 10 Responses to Before and After – 6 Months of Puppyhood

Let me introduce you to a friend of mine. Meet, Barbecue Chicken Pizza. Fresh from the oven, oozing cheese, and...