Sweet And Sour Celery Cilantro Salad — try saying that ten times fast! Celery is such an underrated vegetable, usually relegated to adding crunch or taking up space on a snack tray. Celery can be so much more than that, and here it’s the star of the dish. Read on, or jump straight to the recipe, HERE. 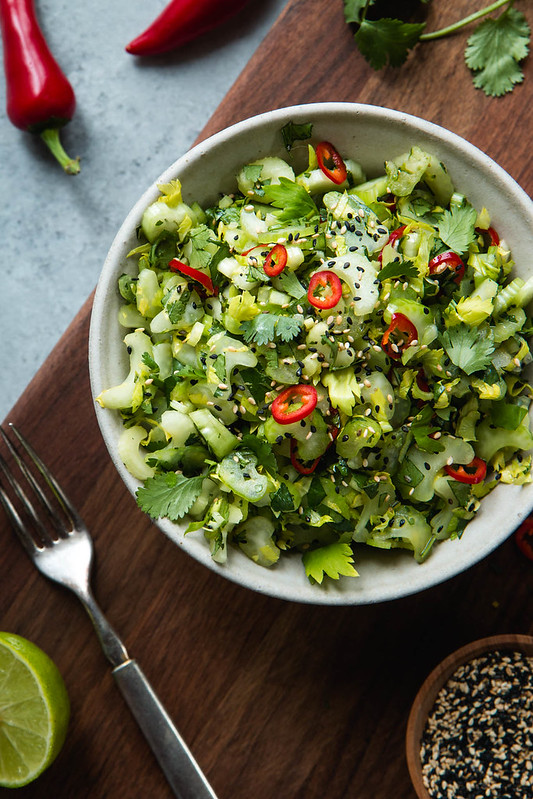 Is it weird to admit I really like celery?

It’s true. This humble little veggie is usually neglected on snack trays, and in the kitchen is typically relegated to adding crunch to chicken salads. It goes in soups and stews, but you might not think it’s really doing much for the flavor of the dish.

That’s where you’d be wrong. It turns out, celery actually enhances the sweetness and umami flavor of a broth when it’s been sauteed with the onions and carrots (what’s called a “miropoix” in French). You might not pick out the flavor of celery in your soup, but it’s there enhancing the other flavors and giving everything a boost.

Basically, celery is workin’ it’s little veggie butt off and we don’t give it a second thought. I say it’s time that changes. 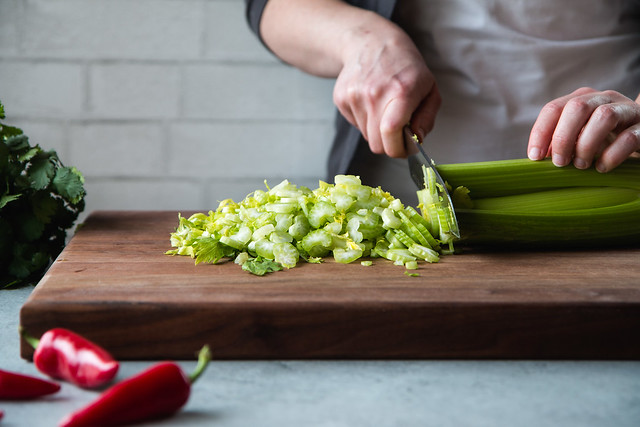 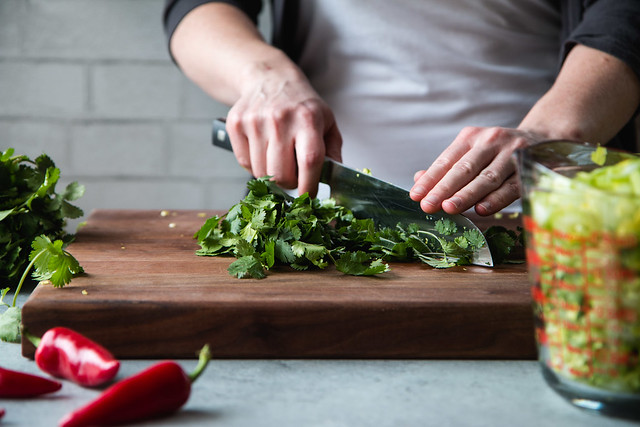 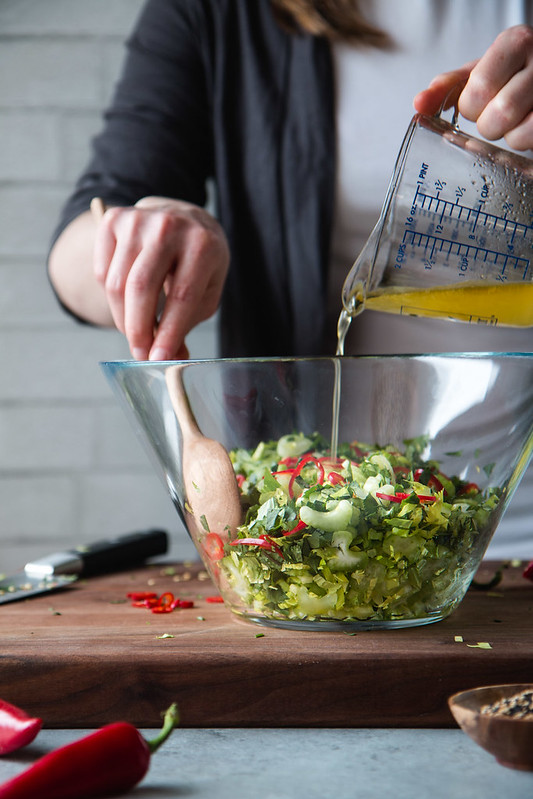 A few weeks back I saw this recipe from Ina Garten, and realized it was about time celery have a dish where it can really be the star. This celery salad is nothing like Ina’s, but I was inspired by her use of celery as the main ingredient. It’s about time it had a moment in the spotlight, don’t you think?

This salad couldn’t be simpler to make, and the Asian-inspired sweet, tangy, spicy dressing makes it the perfect thing to punch up any main dish. 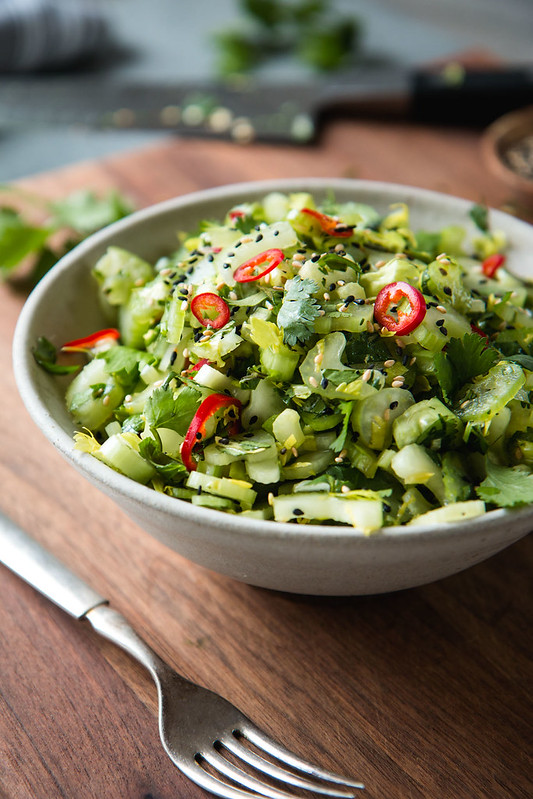 Cilantro is one of those polarizing herbs. People either love it or hate it with a passion, and there’s not a lot of middle ground. If you’re a cilantro hater, be warned: this salad is cilantro heavy. That said, you can try swapping the cilantro here for about half as much flat leaf parsley. It will still be delicious.

Have you ever used celery as the star of a dish? What’s your favorite way to use it? Let me hear it in the comments below.

Print
Prep time
10 mins
Total time
10 mins
Author: Willow at Will Cook For Friends
Recipe type: gluten-free, mostly raw
Serves: 4
Ingredients
Instructions
Notes
*The first time I made this recipe I used a whole chili and wasn't very careful removing the seeds and veins, and it was definitely too spicy for me. I recommend removing the seeds thoroughly, and starting with just half a chili pepper -- you can always add more later, but since peppers can vary in how spicy they are from plant to plant, it's good to play it safe at first. If you're heat sensitive, you can swap the chili for a pinch of red pepper flakes instead.
3.5.3226
LIKE IT? SPREAD THE WORD:

Start your morning right with a warm, creamy bowl of steel cut oats with kefir and fresh berries. Read on,...