Spicy Black Bean Soup is one of my favorite things to order out, but something I’d never really mastered making from scratch… until recently. This version is easy, economical, and so much tastier to make at home! Read on, or jump straight to the recipe, HERE. 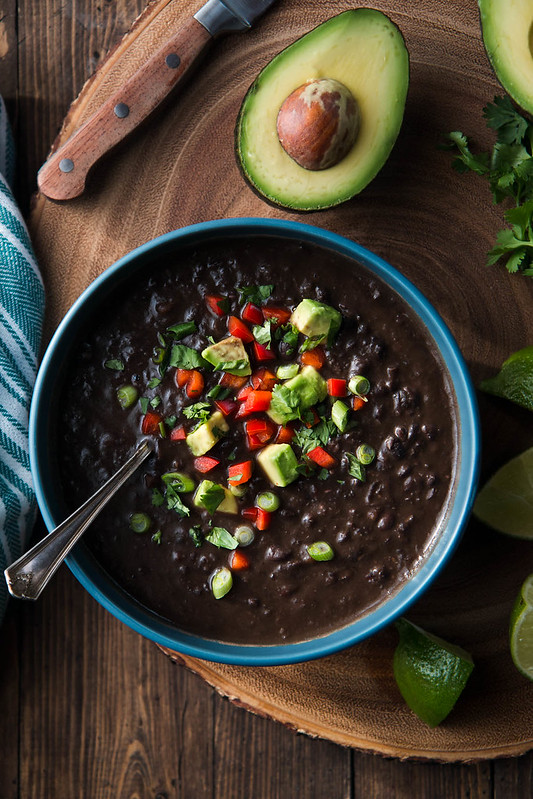 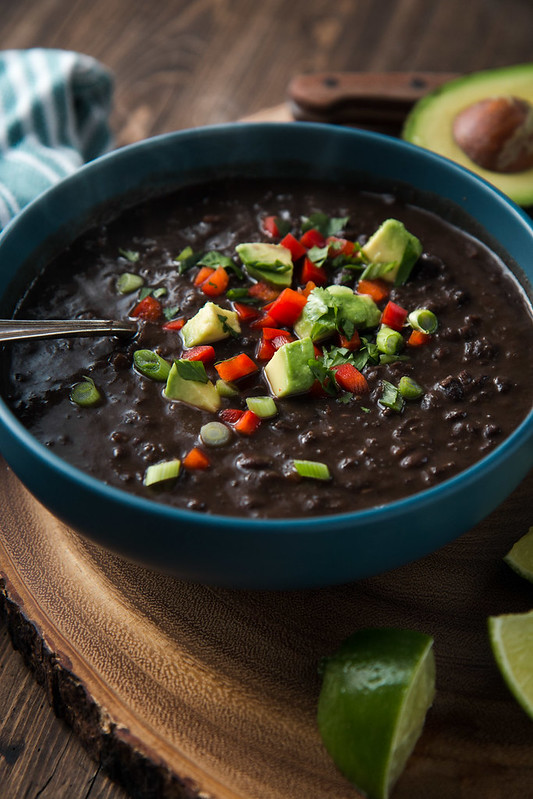 If you were to go back in time and tell ten-year-old-me that when I grew up, soups would become one of my favorite foods, I would have been like… “what happened to cookie dough and ice cream and cookie dough ice cream???”

Am I even making sense anymore? Did I mention I’ve started talking to myself? I really need to get out of the house more. 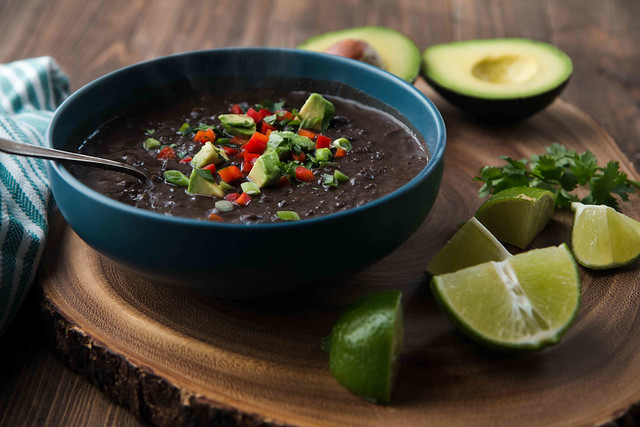 On a more serious note, I have learned a few things during this month of recipes. One of them is about the value of recipes like this one. The kind of recipe that taste even better the next day… and two days later, and three. The kind that can be doubled and tripled, and freezes and thaws without a hitch. Recipes like this are the backbones of healthy habits.

Because let’s get real. While it’s great to have new recipe ideas every day, actually making a new recipe every single day just isn’t feasible for most of us. That’s where leftovers come in, and planning ahead, and making giant pots of soup that will last for months in single-serving portion sizes in the freezer. (If you aren’t already doing this — get on it! It makes life so much easier.)

This spicy black bean soup is one of those recipes. It’s simple enough to throw together on a weeknight — and is sized for a regular family meal — but also, it’s super easy to double and freeze for times when cooking just isn’t a happenin’ thing. 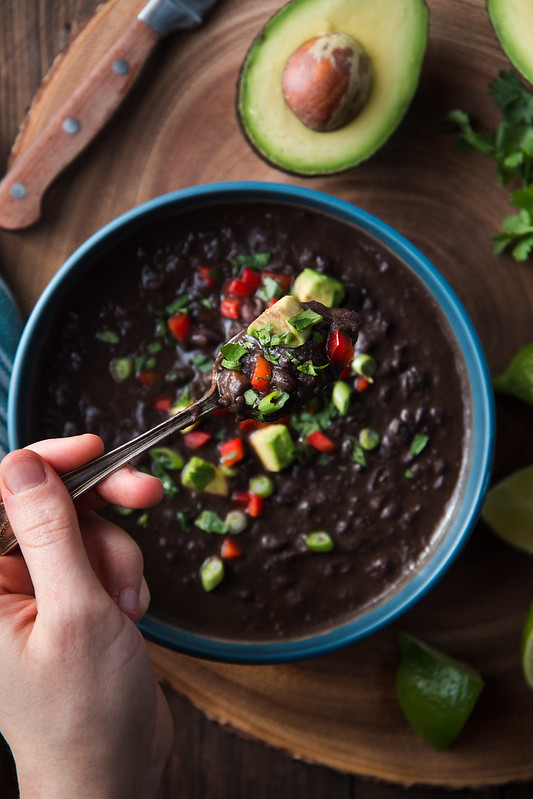 Also, you can totally live off it. I’ve tested this theory.

Do you have a favorite dish (soup or otherwise) that you make big batches of for future meals? I’d love to hear about them in the comments below.

Print
Prep time
20 mins
Cook time
1 hour
Total time
1 hour 20 mins
Author: Willow at Will Cook For Friends
Recipe type: vegan, gluten-free
Serves: 4-6 servings, can easily be doubled
Ingredients
Optional, for serving:
Instructions
Notes
*The spice from hot peppers is mostly held in their seeds and veins. This means you can control the level of heat in the soup by removing some or all of these before dicing the peppers.

For a milder soup: remove the seeds and veins and discard them. If you're worried this may still be too spicy for you, reduce to just one jalapeno.

For a spicier soup: leave in some, or all of the seeds. For this batch I de-seeded one pepper and left the seeds in the other, and found the level of heat to be as hot as I would ever want it -- spicy, but not melt-your-face-off spicy. Peppers tend to vary from plant to plant, too, so if you aren't sure, I would say err on the side of caution. If you feel the soup needs more kick at the end, you can always add a dash of cayenne, some red chili flakes, or your favorite hot sauce. (And if you're cooking for people with a range of tastes, you can always make the soup on the mild side and let everyone adjust to their liking at the end.)

Recipe inspired by this black bean soup from The Pioneer Woman.
3.5.3226

These Collard Green Rainbow Rolls are healthy, versatile, and easy to make. This particular version is vegan and gluten free,...