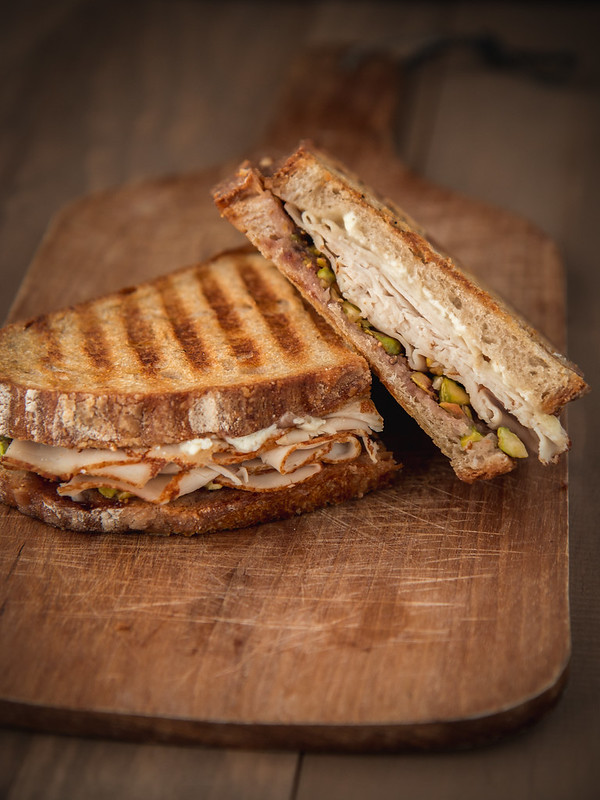 T-Hubs and I go out to eat maybe two or three times a month, on those occasions when neither of us feel like cooking. As you can probably guess, I cook a lot, so going out is a real treat. There are a few restaurants we both adore — those tried and true favorites we keep going back to — but every once and a while we try someplace new, in the hopes of discovering another keeper to add to the rotation.

Take last Saturday. It was one of those spontaneous “let’s go somewhere!” moments, when I remembered this little bistro I’d been hearing about. I hopped online and took a peak at their menu, and that’s when I started to get really excited. Before we even got there, I knew exactly what I wanted to order: the turkey, fig, goat cheese, and pistachio sandwich.

I mean, come on. How am I supposed to resist a combination like that? While I waited for our food to arrive, I couldn’t help but imagine how incredible all those flavors would be. I’m pretty sure I was bouncing up and down in my seat a little by the time our server came. Yes, I really do get that excited about food. 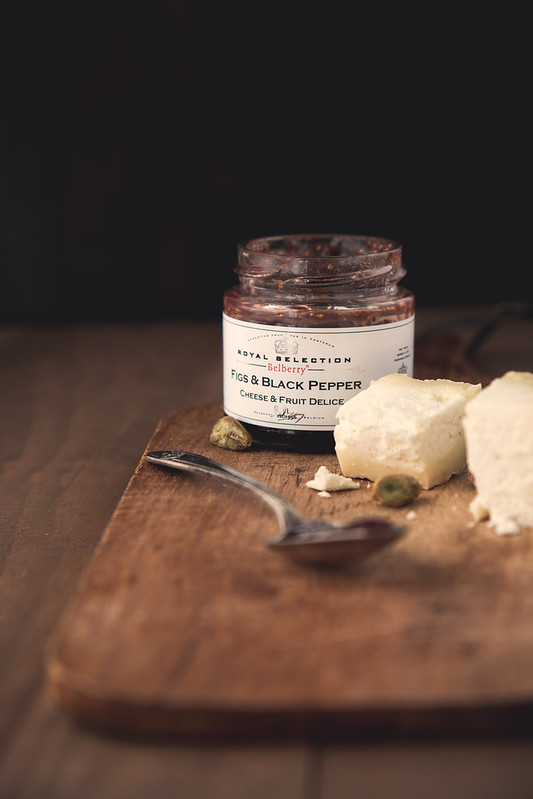 Figs, goat cheese, and pistachios were made for each other. Hands down, no doubt about it. This sandwich, however, did nothing to bring them together.

The bread was toasted, but dry. Like, really dry. The kind of dry that requires lots of chewing and an extra-large beverage to choke down. The pistachios were ground into a powder, and sprinkled on like fairy dust. Tasteless, almost non-existent fairy dust. And the fig spread, which had intrigued me more than anything else, was completely overwhelming. Where there was so much potential for a sweet-and-savory symphony, all I tasted was a single, blaring note. Sweetness.

T-Hubs and I exchanged looks. Great, disappointed looks. Somewhere in the back of my imagination, Ted Allen was lifting a little metal dish with my sandwich beneath it, saying “you’ve been chopped.” 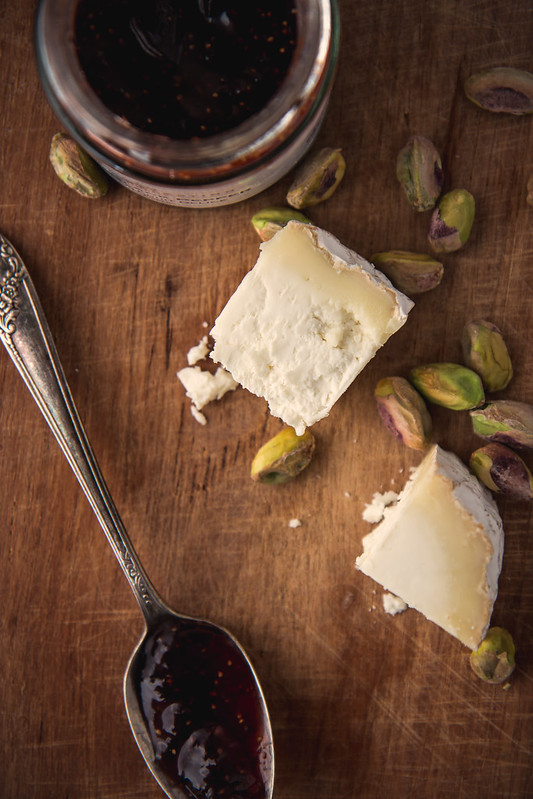 This is the problem with cooking from scratch all the time. It turns you into a snob. Dining out starts to lose some of its magic when you know you can make the same thing at home, only better.

As we sat in our little corner of the cafe, quietly lamenting the eight dollars spent on my sandwich, my cogs started turning. There was so much flavor potential there, and I was so inspired by the ingredients… now I was on a mission to do them justice.

Less sweet, more savory. More pistachios, and a stronger goat cheese to stand up to the sweetness of the fig spread. A bit of cracked black pepper would help add to the savoriness, and as it just so happened, I had a little jar of fig and black pepper jam waiting in the fridge just begging to be put to use.

I knew the bread had to be toasted to give the sandwich that much needed crunch, but it also had to bring all the other elements together. That’s when a lightbulb went off in my head: panini.

Pressing the sandwich not only helped bring all the flavors together, it toasted the bread, warmed the cheese, and where the fig jam oozed through, it bubbled and caramelized into sticky-sweet perfection. 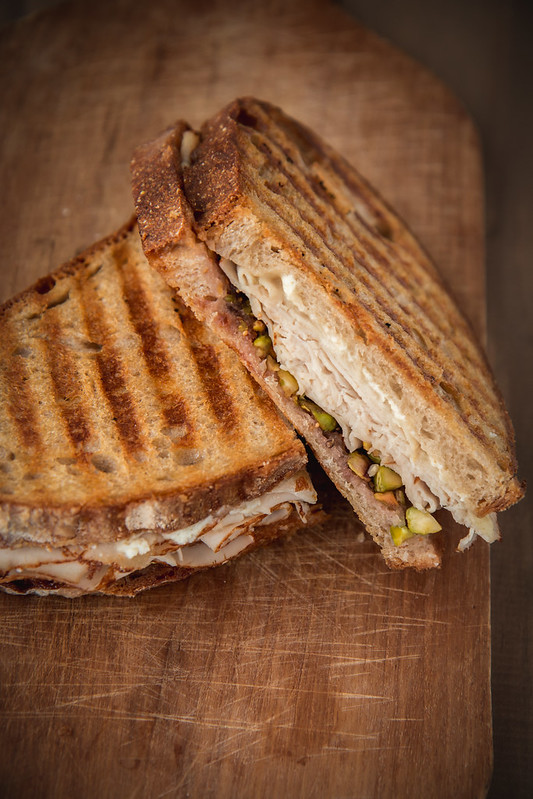 Oozing, caramelized fig preserves. You guys, this is why I do what I do. Cooking from scratch has turned me into a snob, and now I’m on a mission to turn you into one, too. One bubbling gob of jam at a time.

If you don’t have a panini press, fear not. Just preheat a couple of skillets over medium-high heat, and brush the outside of the bread with olive oil. Place your sandwich in one skillet, then set the second skillet on top and weigh it down with a heavy saucepan or kettle. Cook until golden brown on both side. Viola, panini!

(Ahem — that said, I owe one to my friend Eric, who let me borrow his panini press in the name of getting fancy grill marks on my sandwich. Achievement unlocked: grill marks of + 1 snobbiness. Also, I may or may not be holding his press hostage, as I am now obsessed with it.) 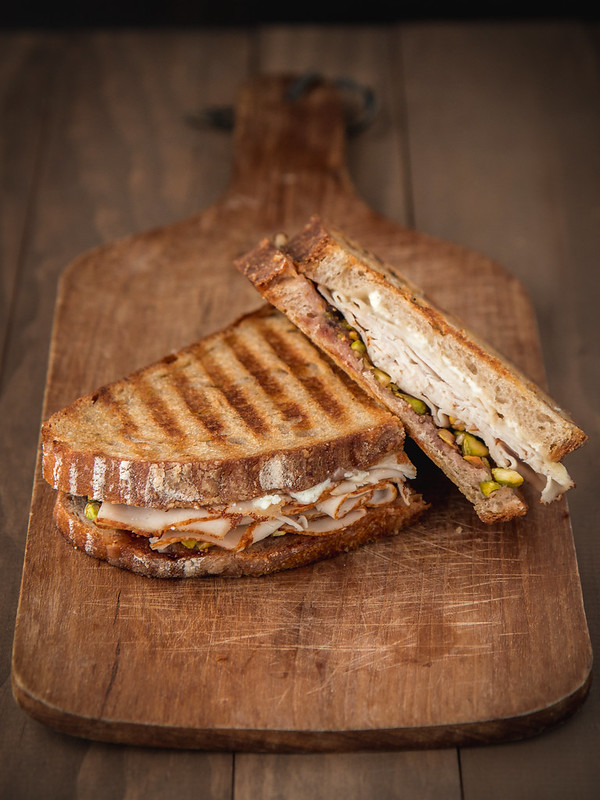 Sweet and savory success! As disappointing as that bistro was, I’m so glad I went, because otherwise I never would have discovered the glory that is this panini.

Have you ever been inspired by something you got in a restaurant? How’d it turn out? I’d love to know.

2.   Lightly brush one side of each slice of bread with olive oil. On the non-olive-oil-side of one slice, spread the fig jam, and top with the crushed pistachios. Lay the turkey on top of the pistachios in an even layer. On the non-olive-oil-side of the second slice of bread, spread the goat cheese, and place on top of the turkey so the oiled side of the bread is facing up.

3.   Place the sandwich into your panini press, and lower the lid. Let cook for 4-6 minutes, or until nice and golden on both sides. Or, place the sandwich into one of your preheated skillets. Set the second preheated skillet on top of the sandwich, and set a sauce pan or kettle full of water on top to weigh the top skillet down. Reduce the heat to medium, and let cook for 3-5 minutes, or until the bread is golden on both sides. 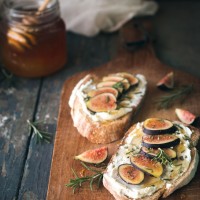 Do you guys ever watch the show Chopped? I have to confess, it's kind of a guilty pleasure of mine....