In the video above, Jacques Pepin explains it perfectly. (If the video isn’t working, you can watch it directly from PBS HERE). He says:

“For someone who writes recipes, there is a paradox between a written recipe and the creation of a taste. When writing a recipe one records a moment in time which can never be duplicated exactly again. The paradox is that the recipe tells the reader “this must be done this way,” when in fact, to get the result you are looking for, the recipe has to be modified every time.”

Take it from the master himself. No matter how carefully you follow a recipe, it has the potential to turn out differently (sometimes slightly, sometimes drastically) every time you make it.

Does that mean you shouldn’t follow recipes? Not at all. Recipes are a wonderful guide. And can they be successful if you follow them to a tee? Absolutely. But more often than not, they require a little more than just following the steps.

As someone who creates recipes, I’m always careful to take my time developing each one and writing it as clearly as possible. By testing it a few times and being clear with the wording, I can help eliminate some of the obvious pitfalls people might encounter when making it for themselves. But even with a ton of testing, there are things that just can’t be contained within a recipe’s guidelines. 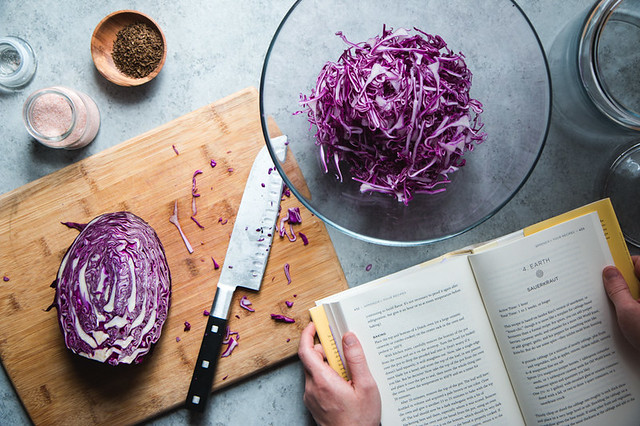 The key to recipes turning out consistently every time — and the thing Pepin so perfectly demonstrates in his example with the caramelized pears — is not in following the steps and measuring everything precisely (though those things are important, especially in baking) but in being able to recognize the variables and adjust accordingly. If your oven runs hot, then setting it to the temperature called for won’t give you the desired result. If your strawberries aren’t very sweet, the recipe may need more sugar to make up for that. Even seemingly minor things like the size or thickness of the pan you use can effect the outcome of a dish significantly. For example, a sauce cooked in a wide, shallow skillet will reduce far faster than one cooked in a high sided saucepan.

When you’re just learning to cook, this can feel really discouraging. As Tamar Adler put it in her wonderful book An Everlasting Meal:

“When we watch people cook naturally, in what looks like an agreement between cook and cooked, we think they were born with an ability to simply know that an egg is done, that the fish needs flipping, and that the soup needs salt.”

It’s disheartening to think that some people have an inherent talent for cooking and others don’t. But fortunately, this couldn’t be further from the truth. 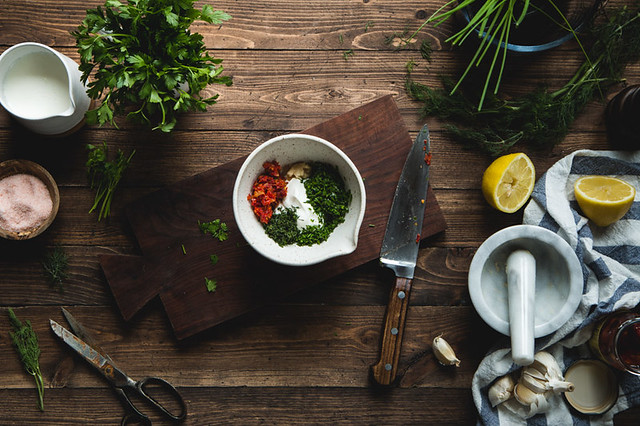 I can’t tell you how many times I’ve heard people say, “oh, I can’t cook!” as if they were declaring that they aren’t a good dancer, or can’t draw. But cooking isn’t a gift some have and other’s don’t. It’s something learned, through practice and patience — and being able to see yourself improving is one of the reasons I love it so much. Learning to be a good cook means listening to the ingredients, watching them and smelling them and tasting them at every stage. It means being attentive to a dish to see what it needs and know when it’s done. By being curious, you can hone your instincts and steer almost any recipe towards success.

Of course, I’m not saying that all recipes fail because of variables like these. Some recipes are whack, some ingredients are finicky, and there’s no accounting for taste. There are a million reasons recipes don’t turn out as they ought to, but for me, this one is what keeps me getting back up and dusting myself off after every failure.

As Pepin says, “There is a gap between the step by step procedure and the finished dish,” and it is up to the cook to fill that gap. “A recipe is a guide. A teaching tool. A point of departure. You have to follow it exactly the first time you make the dish, but as you make it again and again, you will change it, you will massage it, to fit your own taste.”

And for me, that is part of the beauty of cooking.

Do you have any cooking questions? Do you consider yourself a skilled cook, or a newby? Leave your thoughts in the comments below! 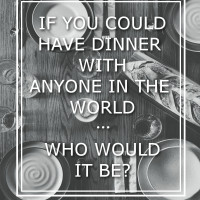 Monday Musings: If You Could Have Dinner With Anyone

13 Responses to Monday Musings: Why Recipes Don’t Always Turn Out Like They Should

This chicken noodle soup is comfort food in its purest form. Perfect for a cozy night in, or a soothing...