We humans have always had a bit of a sweet tooth. Like many animals, we are biologically inclined to favor sweet things. In nature, sweetness typically indicates that the food is ripe, high-energy, and probably not poisonous — all the things a foraging creature might hope to find in a meal. Now a’days, however, we don’t often find ourselves having to foraging for anything, unless you count raiding the fridge for a midnight snack.

Now that we’ve mastered the art of extracting sugars from whence they came (be it from sugar cane, beets, or corn), sweet things are more abundantly available than ever. It was only about two thousand years ago that we first discovered how to refine sugar, and since then the amount we eat has been on a steep and steady incline. Studies now show that approximately 13% of our daily calories come from added sugars (sweeteners that have been added to prepared or packaged foods). That’s about twenty-two teaspoons of sugar per person per day, or over one hundred pounds per person per year, in comparison to about six pounds in the 1800’s, and even less before that. Those are some pretty staggering numbers! It’s crazy to think that sugar was once so rare and expensive it was called “white gold”.

(Now would be a good time to mention that part of this influx of sugar came along with the industrialization of corn, and the production of high-fructose corn syrup, but more on that another time.)

The question on my mind this week was how sugar becomes, well sugar? What magic takes place to extract such brilliant little crystals from the hard, bamboo-like stalk of the sugar cane? Considering how much I eat the stuff, you’d think I’d know more about it!

In my house, we use a lot of Turbinado (“raw”) sugar, as well as organic and vegan sugars… but what makes any one type of sugar different from another?

When I first started looking at how sugar gets made, I was amazed by just how much processing it undergoes. Somewhere in my mind I imagined it to be simple, almost wholesome in comparison to other, more modern forms of sweetener — and I suppose to some extent it is — but not by much.

Sugarcane was originally native to South and Southeast Asia, India, and New Guinea, but once people learned to refine it the crop began to spread. It was first brought to the Caribbean by Christopher Columbus — he may not have “discovered” the new world, but at least we can thank him for bringing sugarcane to it!

The cane grows in tall stalks, very similar to bamboo, with a rough outer husk. Originally, native people would cut away the husk of a stalk and chew the cane to extract its sweet juice. Refining sugar is just a bit more complicated, and the truth of the matter is that different processing plants may do things slightly differently. Here’s what might go on in an average refinery:

After the cane is harvested and washed, large machines shred it and then press out the juices. From here the juice goes through several stages of clarification. First, it gets some brief exposure to sulfur dioxide. Sulfer is most commonly used with young, still-green sugar cane, to lighten the color of the sugar and help extend the shelf-life of the molasses. Next, the juice gets mixed with a solution of calcium hydroxide to help clarify it. Sometimes other chemicals are added, such a phosphoric acid to help draw out impurities, or the liquid gets filtered through activated carbon or, in some cases, bone char to decolorize it even further. Once all of the solids and impurities have been separated out, the rest of the juice is diverted into a vacuum tank for boiling. As it boils, the juice reduces down to a thick brown syrup, and when enough water has evaporated the sugar becomes so concentrated that the liquid can no longer hold it, and it begins to crystallize. Depending on how the sugar is handled, it may form very large crystals, or smaller, more granular crystals.

From here, the wet sugar crystals get spun in a centrifuge — a big spinning drum not unlike a typical washing machine — which spins most of the molasses out of the crystals, leaving behind a dark brown sugar. Don’t be mistaken, though, because this is not the brown sugar you buy in the stores. This sugar still has yeast and other bacteria in it, and is dubbed by the FDA as unfit for human consumption.

Before the sugar can be sold, it gets shipped off to a refining plant where it gets washed, re-dissolved, and then boiled and sent back through the centrifuge spin cycle several more times. Each time the sugar goes through this process it purifies the crystals a little more, and leaves behind progressively darker and more concentrated molasses. Finally, if the sugar being produced is your typical bright-white table sugar, the crystals get bleached to remove any remaining tint of color before getting packaged. Standard brown sugars are made the same way, only the molasses is added back to the sugar crystals at the end of the refining process.

Tip: you can make your own brown sugar at home by mixing 1 TBSP molasses per 1 cup granulated sugar.

Variations on this process produce most of the other types of cane sugar typically available. For instance, organic and vegan sugars are made with fewer chemicals, and of course without the use of bone char.

Fun fact, if the sugar is organic, it means it is also vegan — no need to pay extra bucks for the word ‘vegan’ on the label!

But what about raw sugar?

What we think of as “Raw” sugar (be it sucanat, demerara, turbinado, or some other type) are all less-refined, but none of them are technically raw. In the production of “raw” sugar, the cane juice gets boiled to the point where it crystallizes, then the sugar crystals get washed and spun through the centrifuge just once or twice, resulting in a relatively high molasses content in comparison to fully refined sugar.

Some other specialty sugars, such as muscavado, are considered “un-refined”. What that means is the cane juice is boiled to the point where it crystallizes, and then the sugar is placed in the sun to dry out. Muscavado is a very dark brown sugar with all of the natural molasses still in tact. While most raw sugars are produced organically, some naturally occurring chemicals may be used to remove impurities and ensure the sugar meets the FDA standards.

Because raw sugars are less processed and still contain some of the unfiltered molasses, they have a significantly higher mineral content then regular sugars. Whether or not these sugars are more “healthful” than fully refined sugars is debatable, though. As Robert Wolke said in his book What Einstein Told His Cook, the minerals found in less-refined sugar are “nothing you can’t get from dozens of other foods. You’d have to eat a truly unhealthful amount of brown sugar to get your daily mineral requirements that way.” (Then again, looking at those statistics I cited earlier, if we all ate raw sugar instead of white sugar who knows what a difference it might make!)

This is part one of a series I’m writing on different sweeteners and how they’re made, used, and the impact they have. Stay tuned for part two! You can read part two here: Sweet Talk, Part 2 – Molasses, Treacle, and Sorghum Syrup 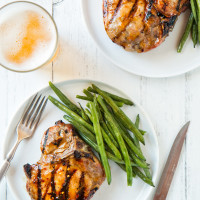 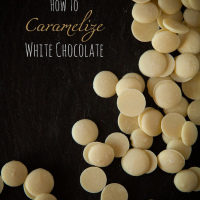 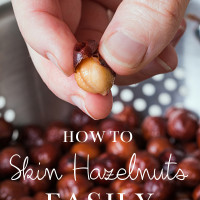 Miso Soup at Home – Miso Hungry! (FAK Friday)
Sweet & Spicy Chipotle Barbecue Sauce – Just Like Store-Bought, Only Not At All

12 Responses to Sweet Talk, Part 1 – Cane Sugar and How It’s Made (FAK Friday)

I have often wondered about making miso soup at home - it seemed like such a mysterious thing, with it's...