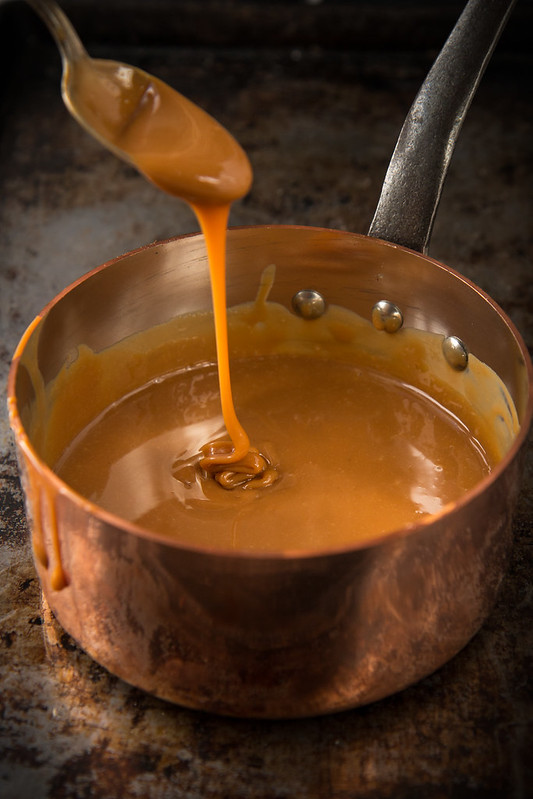 Have you ever tasted something and thought, “this is so amazing, how have I never heard of it until now?”

That’s exactly how I felt about cajeta. It is one of the most incredible food stuffs you’ve (probably) never heard of, unless you’ve spent some time in Mexico, where it is basically a candy staple. Okay, so maybe you have heard of it, but I hadn’t, so let’s go with that.

For those of you in the same boat I was, cajeta is like a cross between sweetened condensed milk and caramel. Basically, dulce de leche. The twist is, it’s made with goats milk, which, when cooked down for a couple of hours until the sugars begin to caramelize, becomes one of the richest, most complex caramel flavors you could ever imagine. 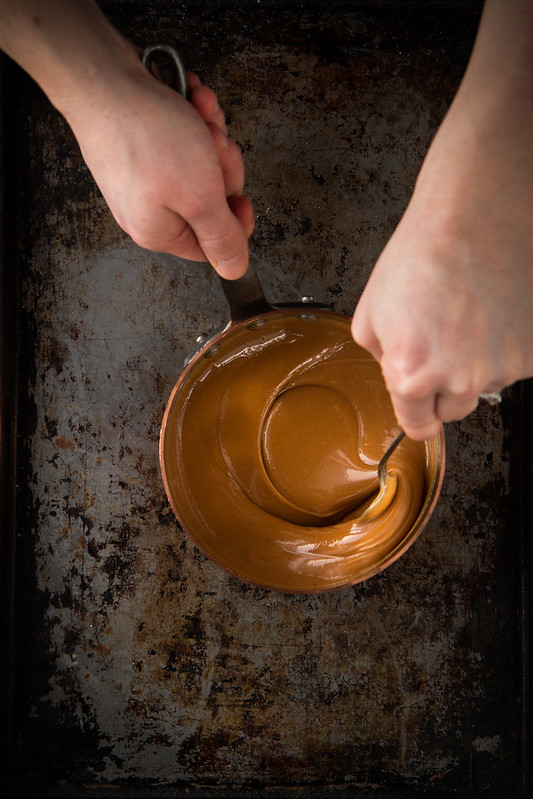 Traditionally, cajeta is cooked for hours and hours in large copper pots, until the milk has reduced and the sugars have started to caramelize. While it cooks, it gets stirred with huge wooden paddles, and once it’s finished? Well, that’s where things get interesting. The mixture can be left exactly as it is, or things like vanilla, fleur de sel, rum, or other flavorings can be added to make it even more complex and tantalizing.

Making cajeta at home is just like that, only minus the giant copper pot and wooden paddle. Instead, you can use just about any pot you have, provided it’s big enough to accommodate the bubbling mixer, and a long handled wooden spoon to stir as it reduces. When it’s done, the consistency is like warm honey or maple syrup, and as it cools, it thickens into a rich, creamy, dreamy caramel sauce. 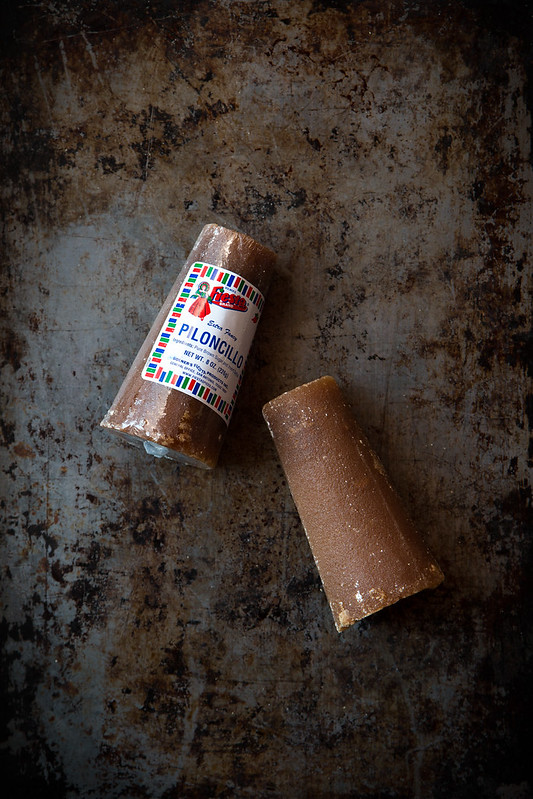 In an effort to make my cajeta more or less traditional, I opted for some piloncillo in place of regular sugar. Piloncillo is an unrefined brown sugar, made by reducing the sugar cane juices until they begin to crystallize, then solidifying them into a block or cone shape, without filtering out the natural molasses and minerals. Sugars here in the US are strictly regulated, and even sugars labeled “raw” have actually been put through quite a bit of refinement in order to meet the FDA standards. (Regular brown sugar, for instance, is made by fully refining the granules into white sugar, then mixing a small amount of molasses back into it.)

Because the piloncillo retains some of the natural, unfiltered molasses, it has a slightly more complex flavor than the average brown sugar. It’s a product I’ve wanted to play with for a long time, and this cajeta gave me the perfect excuse to order some. And when I say some, I mean a huge case, because let’s face it, this is going into everything from now on. 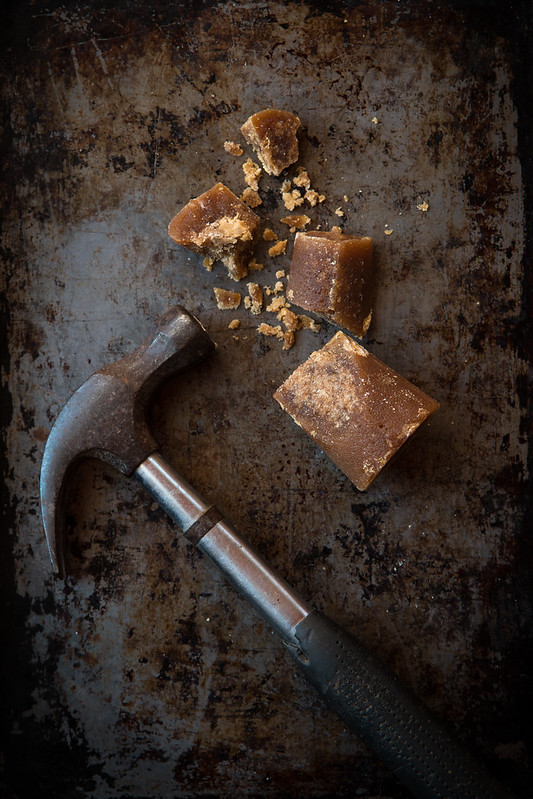 Because piloncillo is like the ultimate in hard-as-a-rock brown sugar, it requires a little extra elbow grease to work with, either in the form of grating on a rasp, or smashing it to bits with a hammer. (I’ve heard that Mexican households that use piloncillo keep a brick or stone in the kitchen for this very purpose.) If you have any pent up aggression, now is the time to let it out.

If you can’t get your hands on piloncillo, or just don’t feel like it’s worth the bother, you can always sub in another kind of sugar. Regular dark brown sugar will work, or turbinado, muscovado, or even coconut sugar. Whatever you use, it’s guaranteed to make for a delicious cajeta. 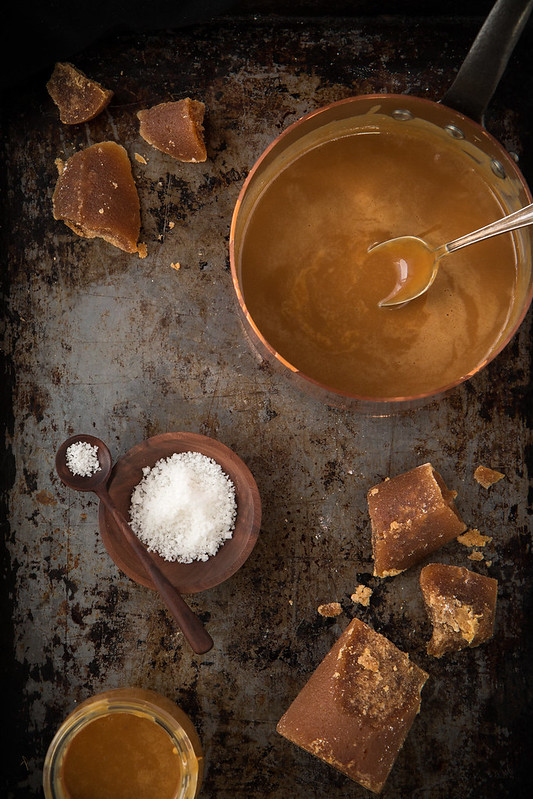 Here are just a few of the ways I’ll be using up my batch (assuming I can keep from eating it all straight off the spoon): 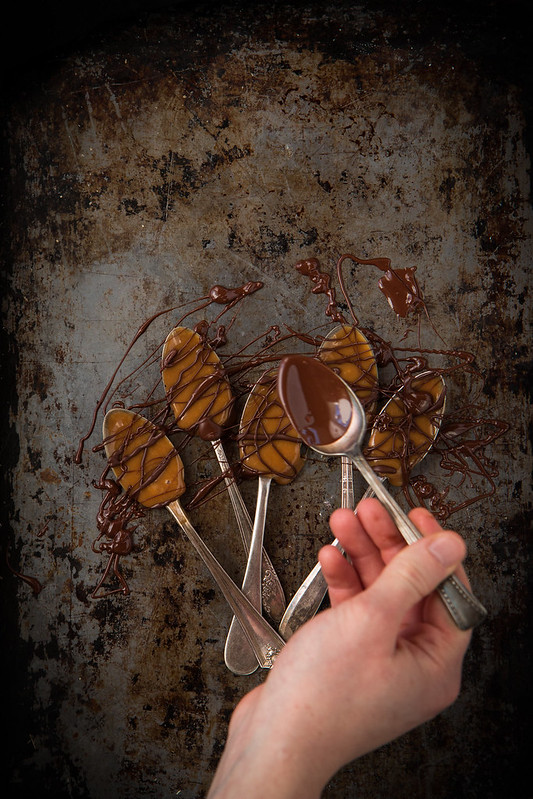 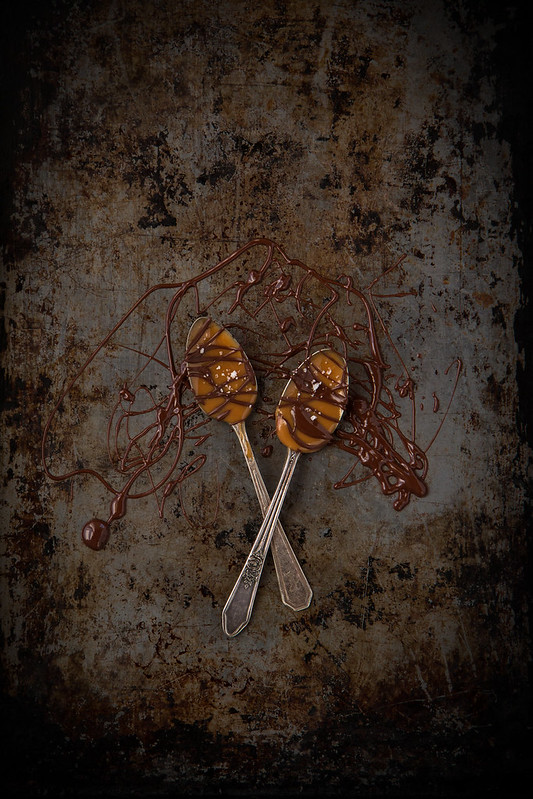 Many spoons to share with friends, plus a couple extra for The Husband and myself. Added bonus: I get to feel like the Jackson Pollock of chocolate.

Have you ever had cajeta, or made it at home? If so, what are your favorite ways to use it? I’m taking notes for my next batch!

Print
Author: Willow at Will Cook For Friends
Serves: 1.5 cups
Ingredients
Instructions
Notes
*UPDATE: a few readers have run into an issue with the goats milk curdling partway through cooking. The cause seems to be using raw or unpasteurized goats milk, so I recommend using only pasteurized milk in this recipe. When I'm able to get my hands on some raw goats milk, I promise I'll play around with the recipe and see if there's a way to fix this issue, but in the meantime, using pasteurized milk should prevent any issues.

Piloncillo is a form of unrefined brown sugar, and adds a little extra depth of flavor. It can be purchased in some specialty stores or online, or it can be substituted one-for-one with regular dark brown sugar, or other types of brown sugar like turbinado, muscovado, or even coconut sugar.

This recipe makes about 1½ cups of cajeta, which is great for someone like me with no willpower. If you want a bigger batch, the recipe can easily be doubled or trippled -- just keep in mind that the bigger the batch, the longer it will take to reduce.
3.5.3226
Recipe adapted from Rick Bayless