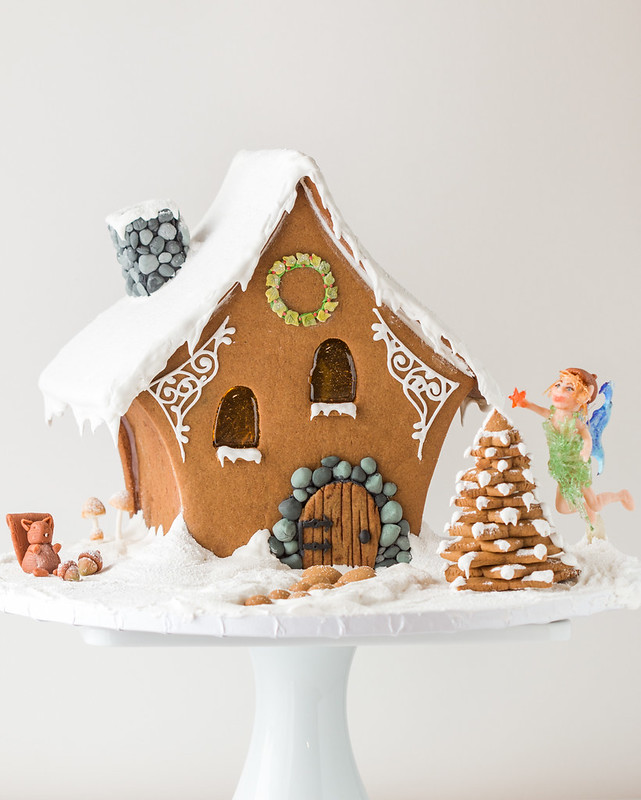 Every year, my friend and fellow blogger Movita Beacoup holds a ginger competition, and every year I get really excited about it, say “count me in!” and then get caught up in the rest of the holiday madness and forget all about it. But not this year! This year I had a game plan (and when I say a game plan, I mean, I had absolutely no idea what I was doing, but I was doing it anyway.)

I’m not sure what type of family you have to grow up in to grow up making gingerbread houses (um, the perfect kind?) but mine was not it. This was the very first time I’d even attempted to make a gingerbread house, and after spending about five days up to my elbows in royal icing, I finally emerged with something recognizably house-shaped. This was a very proud moment for me. 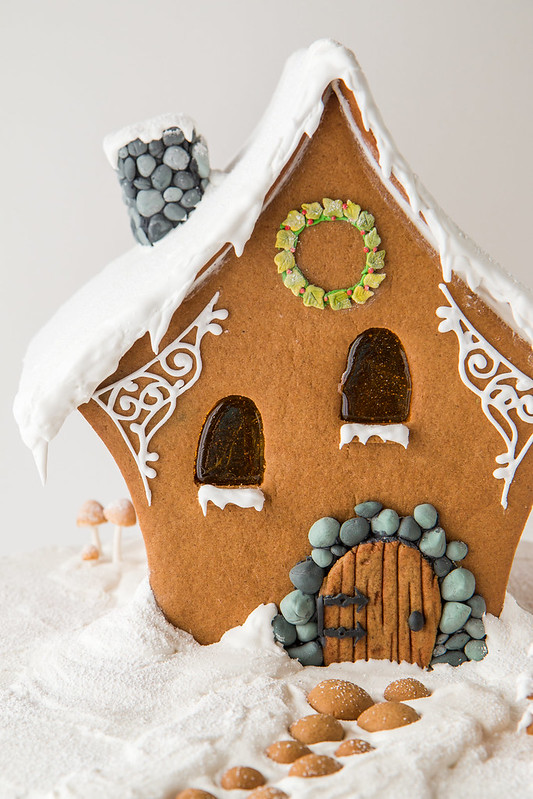 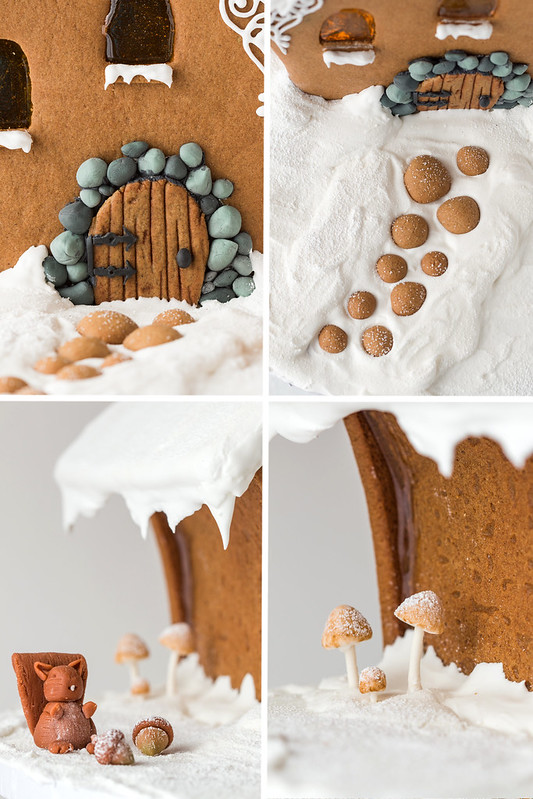 Since this was my first time making something out of gingerbread, I decided I should go ahead and try to do a bunch of other stuff I’d never done before, too, like make wee woodland creatures and tiny mushroom outcroppings out of marzipan, and teensy-tiny door hinges out of gumpaste. Just in case that wasn’t ambitious enough, I also had the brilliant idea of making my gingerbread house with a curved roof and sides, which taught me a very valuable lesson: curved things are not the way to go for a structurally sound dwelling. Have you ever tried to bake a curved piece of gingerbread? No? That’s probably because you have more common sense than I do. 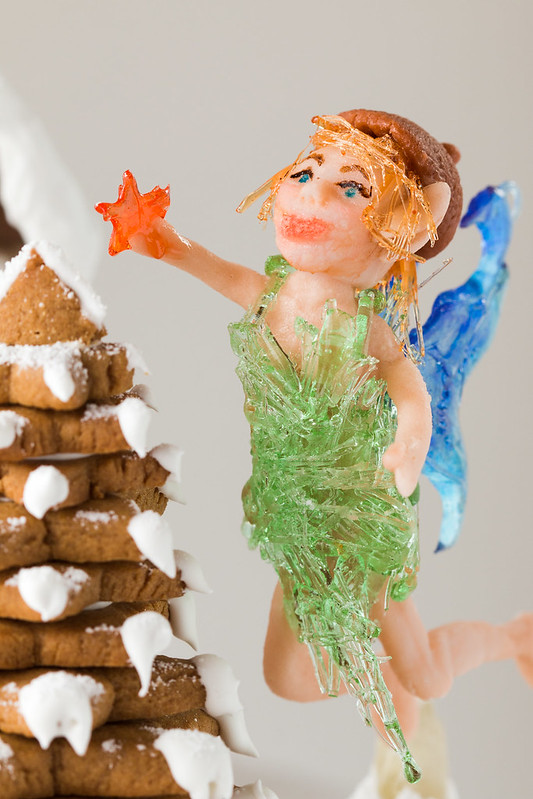 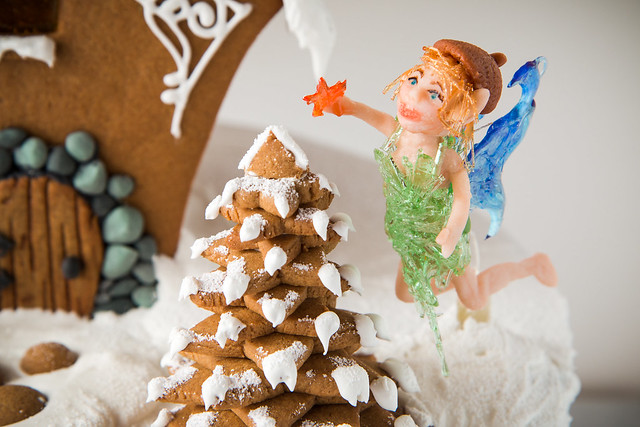 Of course, what fairy gingerbread house would be complete without a fairy to live in it? Meet Cinda. Cinda is made entirely out of marzipan, pulled sugar, and of course, fairy dust. You may have noticed her face is a little messed up, which is why she wears so much make-up. She’s very self conscious about it, so let’s just pretend we didn’t notice and move on, okay?

(Also, it turns out I’m not very good at spun sugar. I originally wanted her dress to look wispy and delicate, but in reality, it looks more like shards of radioactive glass. Or kryptonite. Who knows what those hip young fairies are wearing these days!) 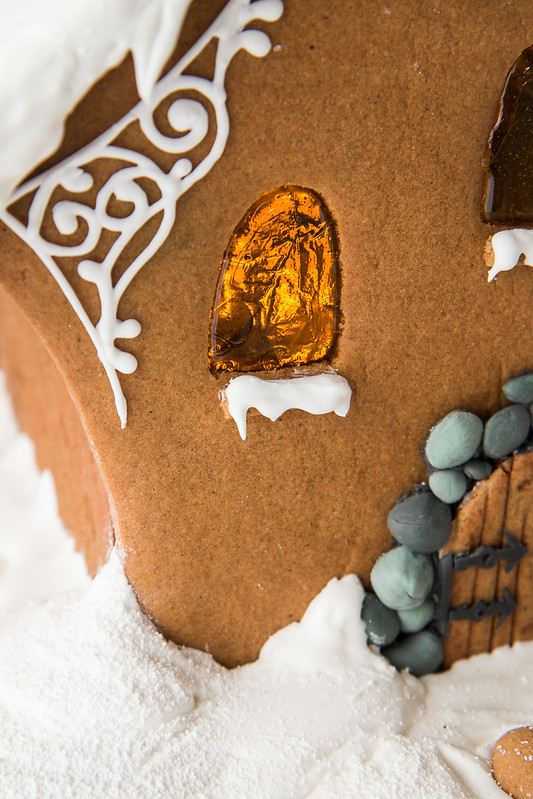 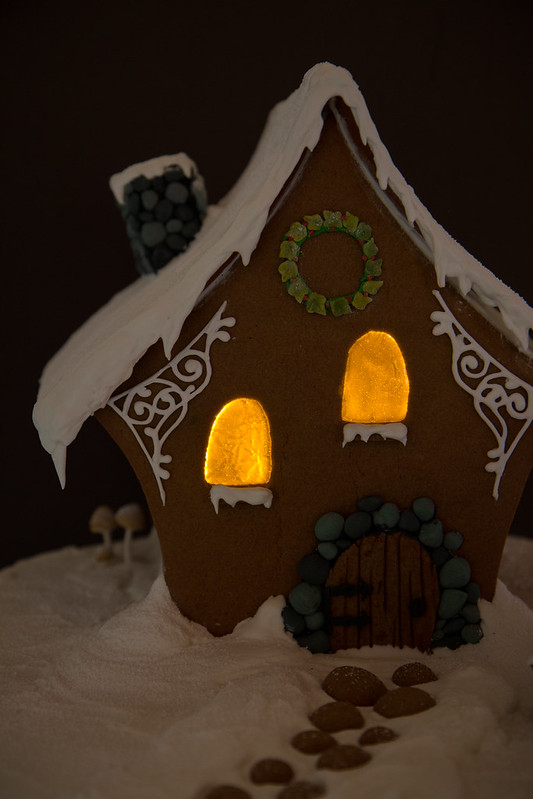 Behind the poured-glass windows, I placed little electronic tea lights. It’s hard to tell in the daylight, but at night it looks like a wee cozy fire is burning away inside, which is super cute, and only kind of makes me feel like a sad giant who wishes I could come inside, but can’t because I’m too big. 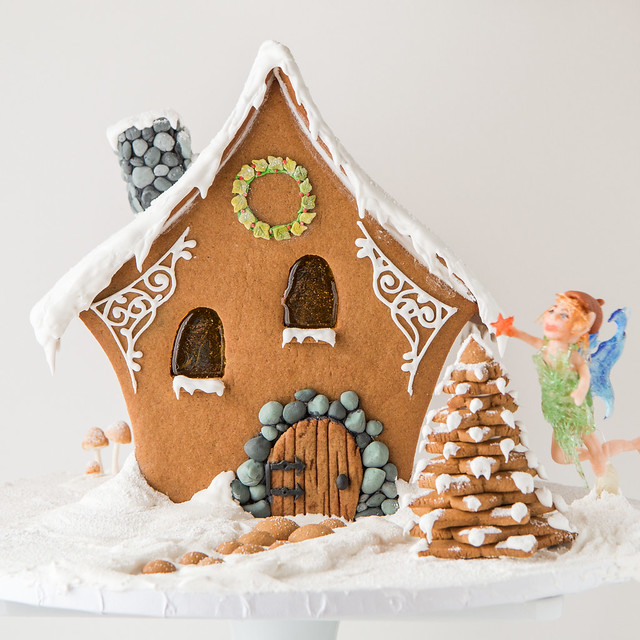 The deadline for Ginger 2014 ends tomorrow, which means all of the entries, including this one, will be appearing over on Movita Beaucoup’s site very soon, where you’ll be able to read the rest of my incredibly witty ginger-making antics. I’ll be sure to link over to it once it goes up (you can see my ginger creation and others on her site, here), but in the meantime, be sure to check out her site and give her a follow — she’s one of the funniest bloggers I know, not to mention insanely talented when it comes to cakes. Or any other kind of food, for that matter, but really, her cake skills are off the charts.

(UPDATE: alright, Ginger 2014 has officially begun, and you can see my fairy house, among many other incredible entries, here: http://movitabeaucoup.com/2014/12/18/ginger-2014-group-2 — the entries for this years competition are separated into groups, so be sure to click around to see the rest of the gingerbread creations!)

(The gingerbread recipe I used (because I know that’s the question on everyone’s minds) is here: Epicurious Gingerbread House Recipe The only thing I changed was to nearly double all of the spices. I’d love to try this recipe using butter instead of shortening, but since this was my first gingerbread house I didn’t want to alter the recipe too much and risk losing any structural integrity.) 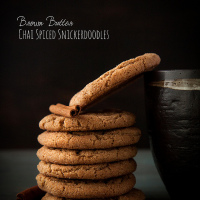 This soup has been the only thing standing between me and my post-Thanksgiving fat pants. It isn't even officially winter...